Prelude to November Tests will be held at the 65,000 capacity Allegiant Stadium

The IRFU have announced that Ireland will play the USA Eagles at the 65,000 capacity Allegiant Stadium in Las Vegas on Saturday October 30th this year 2021. The fixture will be a prelude to Ireland’s regular November Series of Test matches at the Aviva Stadium, which are expected to be against New Zealand, Argentina and one other country. 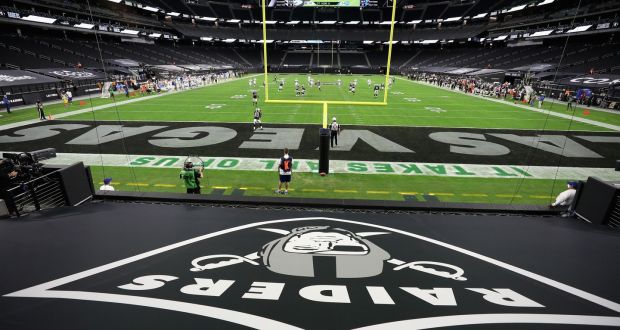 The Allegiant Stadium is the home ground of the NFL franchise the Las Vegas Raiders, and this fixture will be first rugby international to be held at the stadium. It will also be the second meeting between the sides this year, as Ireland will host the Eagles at the Aviva Stadium on Saturday, July 10th.

Ireland have been regular visitors to the US in recent years with matches against the Eagles in 2013 and 2017 and two fixtures in Chicago against New Zealand (2016) and Italy (2017).

Andy Farrell commented: “Over the past few years we have had some incredible experiences playing in the US. We had two very memorable trips to Chicago which included beating the All Blacks at Soldier Field for the first time in our history and our last fixture against the Eagles in New Jersey was another fantastic rugby experience. We are looking forward to the game in October and to reconnecting with Irish Rugby fans in the US.”